The requested page is not found

You are most welcome to join Ys, your community for the wise.

YsFriends receive a weekly update on what is new at Ys

YsFriends are eligible to enter all competitions

YsFriends can tell their story and take a stand on issues

All content is monitored and curated with security in mind

Best of all, joining is simple and FREE. Just click here and provide your email address for our weekly newsletter send. 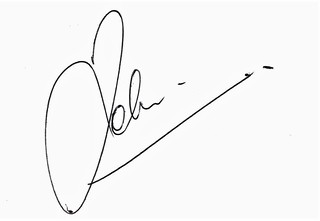 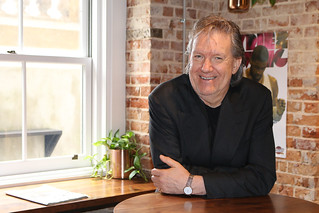 Sharing my thoughts and opinions with you

I'm sick of all the negativity and celebrity letdowns. Time to celebrate the good guys.

Recent allegations of sexual misconduct against celebrities -- including comedian Aziz Ansari -- have seen many Hollywood reputations dragged through the mud.

The accusations against Ansari, in particular, have caused much debate and division -- with some labelling him a predator, while others say he was guilty of nothing more than not being a mind reader.

The world is angry and despondent about the recent stream of allegations against people that we thought we knew and admired -- Hollywood types such as Kevin Spacey, Dan Harmon and Stan Lee.

So I've decided to focus on those celebrities who've had a positive impact on the community.

It may surprise some, but in the macho world of professional wrestling, John Cena is a shining light.

While some within the wrestling community think he is talentless, his community work is constantly lauded -- which is why he is regarded as one of the nicest guys in the world.

Cena's reaction to the news of a gay WWE co-worker coming out publicly was nothing short of supportive and joyful, despite paparazzi trying their hardest to make him say something negative.

Cena also holds the record for the most Make-A-Wish Foundation's volunteer wish fulfillments -- with over 500 -- more than double that of second-placed Justin Bieber.

Someone slightly more recognisable may be Dolly Parton, who is well regarded as a genuinely nice human.

Parton created an organisation that will send any child a new book, free of charge, every month until the age of five, investing heavily in future generations.

You may detest her music, but rapper Nicki Minaj is also a philanthropist, helping pay for her fans to get into college. Additionally, Minaj has been donating money to an unnamed village in India for years through her pastor, helping to establish a computer centre, multiple water wells and a reading program.

What other celebrities can be identified as good people? Whether its for friendliness -- such as Tom Hanks, David Attenborough and Morgan Freeman -- or being a surprisingly generous philanthropist like Nicki Minaj. Share your thoughts in the comments below.

YsPeople is a community for the wise. You can voice your opinion on anything here. Simply sign in to post your poems, reviews, opinions and life stories via your unique member dashboard.

| Your rating
No ratings yet

Kill some time with these oddball videos. Don't say we didn't warn you though, they're weird!

Stephen Hawking's humour out of this world

He may have been one of the most brilliant minds of modern time, but Professor Stephen Hawking also had a wicked sense of...

Proof they don't make TV like they used to

Be amazed as Game Of Thrones gets the '90s treatment.

You know those flashes of brilliance you have in the shower, or while just getting dressed? Here's some of the best.

The poet who beat Don Bradman to No.1

When it comes to great Australians, you don't get many that are more true blue than Don Bradman. Or do you?

I'm with Germaine, the ‘me too’ movement's crap

Germaine Greer’s response to the ''me too'' movement was swift, precise, and spot on. Here's why.

We're all just a little dash between two dates

But there are some who get creative with their grave stones, leaving memorable and funny epitaphs.

Calling all pranksters, I need your help

I love a good prank or practical joke -- and pulled one on a colleague this week.Enjoy a giggle, then hit me up with more ideas.

Books recommended by you, for you!

Your suggestions for must-read books!

We should all embrace basic etiquette

They are the social rules that keep the world ticking over nicely. What's important to you when it comes to basic etiquette?

Is your toby jug worth a fortune?

Did you know that some of...

(Nostalgia) About 4 years ago

(Entertainment & Culture) Over 5 years ago

Why the obsession with war?

Why we must rethink our...

Top 10 things to do in Sydney

Stephen Hawking's humour out of this world

He may have been one of the...

(Entertainment & Culture) Over 4 years ago

When music was great

It's 35 years since the Ash Wednesday bushfires in South Australia and Victoria claimed 75 lives and more than 2500 buildings.
Join or sign In

I'd like to encourage you to join our community, which is inclusive, informative and fun.

Membership is free. It allows you to post photos, stories, reviews and jokes, chat in our forum, enter polls and competitions, and receive special retail offers and deals. It's well worth a few minutes of your time.